La Forza del Silenzio to the Ubik library in Naples.

The book “La Forza del Silenzio” is the photographic story of the Abate family that has two monozygotic autistic twins Gennaro and Maurizio Abate.

The project lasted 4 years, and is an intimate cross-section of autism that tries to tell what is a pathology of the family in family dynamics and what it means for a family to assist children with this pathology. It is a story of parents’ unconditional love for their children and of hope to ensure a life as normal as possible. The photos in the book are accompanied by letters from the parents who wrote in their own hands, thus giving the book the feeling of ” diary “. The volume was produced by the Association” La Forza del Silenzio “and sponsored by Agrorinasce, an agency for goods confiscated from the Camorra, since the Association itself is in a confiscated property. The volume is accompanied by a 12-minute short film (in a DVD attached to the book) which will be screened during the presentation to animate the debate. The short film was screened among others at the Ischia Film Festival and at the Festival of Human Rights in Barcelona, ​​other cuts and the photographic work won the important Sony Award in England and the POYi in the USA.

On April 12th in the Ubik bookshop in Naples in Via benedetto Croce, will be there:

Salvatore Esposito (Author), a documentary photographer specializing in long-term projects, In 2008 he joined the Contrasto Staff photographers. His works have been published in major magazines such as: Sunday Times Magazine, National Geographic, Vanity Fair, Espresso and Internationale.

Vincenzo Abate, President of the La Forza del Silenzio Association and father of Gennaro and Maurizio Abate. The Association La Forza del Silenzio ONLUS, was born on January 14th 2008, formed by the parents of Gennaro and Maurizio Abate and by a group of operators at the first experiences, with the intent to improve the quality of life of children affected by the Autistic disorder . Subsequently, other groups of parents have taken over to give greater strength to the social purpose of the aforementioned association. In fact, one of the first objectives of the team has always been to improve the quality of life of children and their families, through the provision of specific services, the promotion of new intervention initiatives with the clear intention of giving an answer concrete to the care and training needs of the people of the area living with disabilities.

Giovanni Allucci, Agrorinasce delegate administrator. Agrorinasce s.c.r.l. – Agency for innovation, development and territorial security is a consortium company with entirely public capital established in October 1998 by 4 Municipalities (Casal di Principe, Casapesenna, S. Cipriano d’Aversa and Villa Literno) al aim to strengthen legality in an area of ​​high criminal density, as part of a broad strategy of the then Ministry of the Interior in the fight against mafias. In October 2005 two other neighboring Municipalities joined the Agrorinasce society: S Marcellino and S. Maria La Fossa. The main activities of Agrorinasce can be summarized in four areas of intervention: 1. dissemination of the culture of legality; 2. business promotion and development; 3. social infrastructure and cultural activities; 4. recovery and management of assets confiscated from the Camorra.

Paolo Siani: Member of the Italian Chamber of Deputies. 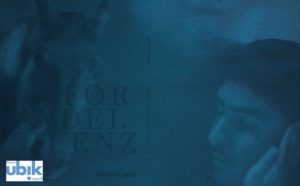 About the Author: Salvatore Esposito