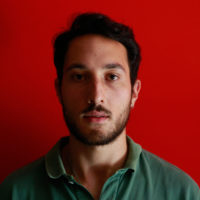 Class 91, he obtained a diploma with honors Degree in Multimedia Design for the company at the Academy of Fine Arts in Naples, degree course Photography, Film and Television.

During his studies he won the Trento Film Festival 2012 Cinema section Youth Poetry Prize with his short debut Beyond the Clouds. During his studies he continues with directing and co-writing directing video clips The mentality G. Block co-produced by the Academy of Fine Arts in Naples and CPTV Rai of Naples, and the short film New Spring. Meanwhile idea and directs the Web Series Naples Outbreak, and made the documentary From Darkness to Light, whose promotion is presented as short of graduation. After completing his studies he worked as a director and editor for the creation of commercials, Vinve the Altacauda Film Festival with Short Life Fast and The Ivelise Cine Festial with the short Quiet Generation, with Ciro Petrone.

He works as an assistant director for fiction Rai “Do not tell my head”, as an assistant Director for series “Mind The Gap” and “Men at Work” produced by Inail. Among the last works, Assistant director for the documentary Black Heart Romano Montesarchio produced by Bronx Film and co-produced by Rai Cinema, Editor for Short Documentary of  Salvatore Esposito “The Power of Silence” and Director of commercials Royal Xmas for fashion house David Naman, and “Put a little taste” for Pesoforma. 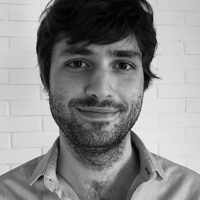 He is the founder of Noise Blender, a studio focused on providing premium, custom tailored sound design for film and commercials.

His clients include Universal Pictures, Landor, Landor, Enel, EY, Sencit Music, Primal Shape and many others. 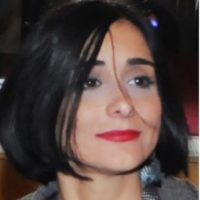 Helga Sanità is Ph.D. in Ethno-anthropology and research director of the Center for Social Research on the Mediterranean Diet, MedEatResearch, directed by Marino Niola at the Suor Orsola Benincasa University of Naples, where she is the teacher of Anthropology of Heritage and of the Laboratory of Rituals and Festive Practices. She was professor of Cultural Anthropology at the Academy of Fine Arts in Naples.
It studies the dynamics of capitalization and re-invention of tradition and identity policies. She is the author of the text La Festa di Piedigrotta. The myth of a return, the anchor of the Mediterranean, Naples 2010. Among his publications: Santa Maria Francesca of the five wounds. From virgin “bizarre” to saint of the Family and of Life, “Voices” Annual of Human Sciences, Year XI, 2014; A mask to swallow. What Italians are made of, “La Freccia e il Cerchio”, the International Bilingual Annual of Philosophy, Literature, Languages, IV “Specchio-Maschera”, The School of Pythagoras Publishing, Naples 2013; The Piedigrotta of the children in the images of the photographic archive Parisio, in Aleksandra Filipovic and Williams Troiano (ed.) Strategies and Programming of Conservation and Transmissibility of Cultural Heritage, Scientific Editions Fidei Signa, Rome 2013; Piedigrotta and the Song. Packaging of a totem, in Careri Enrico and Scialò Pasquale (edited by) Studies on the classic Neapolitan song, Italian Music Library, Lucca 2008; Atlas of religious festivals in Campania, AA.VV., the anchor of the Mediterranean, Naples 2007.